With all our products we aim to provide the best sealing solutions. We strive to meet customer requirements in safety, reliability, performance and optimised life-cycle costs. Our engineers work in close partnership with key stakeholders in end-user plants and the OEM segment to help to find reliable answers to increased uptime requirements and extended service intervals. The selection of technical documents shown below provide valuable first-hand information to the challenges of sealing technology. 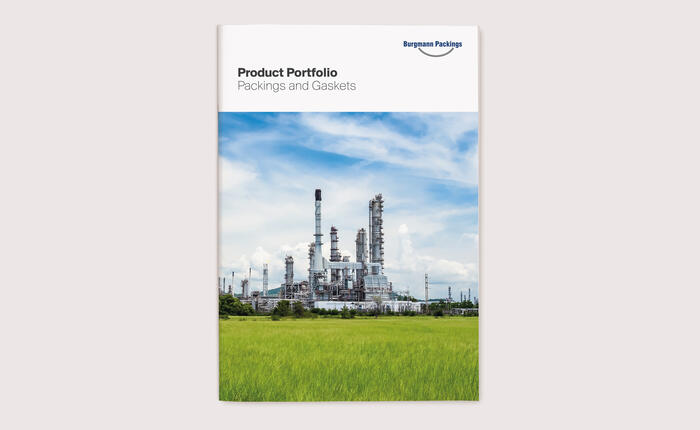 Our latest version of the Burgmann Packings product portfolio includes our standard range of Packings and Gaskets and features our complete Fugitive Emission Control (FEC) product range as well. 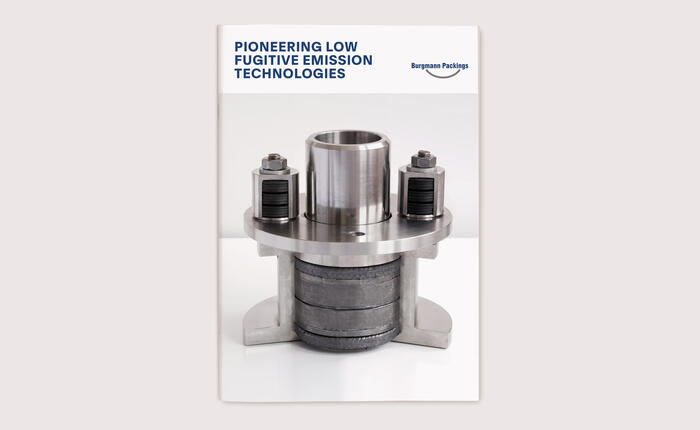 According to TA-Luft and VDI 2440 flange connections must comply with maximum leakage rate of 10-4 mbar × l (s × m) at test pressure of 1 bar. VDI 2200 defines the selection, calculation, design and assembly of bolted flange connections as well as test procedures and refers to VDI 2440 regarding permissible leak rates. VDI 2200 also defines criteria for “Blow-out” safety test for gaskets. Aim of this Blow-out test is to avoid a sudden leakage through seal burst.

The Clean Air Act defines maximum leakage levels for flange connections, valves, pumps and agitators in the USA. Leakage test has to be done according to EPA Method 21 (sniffing method) with methane.

First edition of API 624 is a type testing of rising stem valves equipped with graphite packing for Fugitive Emissions. The standard covers rising and rising-rotating stem valves up to 24" diameter and has to be performed at original valves. The test procedure requires 310 mechanical cycles and three thermal cycles to 260°C (500 °F). Allowable leakage is 100 ppm maximum. It requires that the tested valve packing be previously tested according to API 622 and be suitable for use at service temperatures –29°C to +538°C (–20 °F to 1000 °F).

The API 641 test is one of three prevalent valve standards tests that evaluate fugitive emissions’ performance over an accelerated life cycle. Of the three, the API 641 Standard is the most stringent type test for quarterturn valves and covers different designs, temperature ratings and sealing components. To pass this critical test, valves must meet the demanding criteria of maximum leakage of 100 ppmv, while undergoing 610 cycles of the valve under extreme temperatures.

Maximum leak rates according to VDI 2440*

Packings can be supplied on KG creels, as precut metre lengths or as prepressed / preformed rings (single or in ready to install sealing sets). Packings are available in standard sizes 3 to 25 mm. Other shapes or sizes on request.

The ideal way to pack a stuffing box is with dieformed rings. Also precut lengths or self cut lengths can be used. If cutting lengths from a creel a packing cutter can be used. By wrapping the cut packing around the shaft or spindle it can be checked if the length is correct . Alternatively the packing can be directly wound around the shaft from the creel and cut accordingly. A diagonal cut helps to produce a better sealing effect than a straight cut. When cutting packings which tend to fray adhesive tape should be placed on appropriate side of the area to be cut, prior to cutting, in order to prevent fraying. Install each ring into the stuffing box, ensuring the ends are placed together and inserted first followed by the rest of the ring. The joints of the individual packing rings should be staggered by 90°. The packing set should initially be tightly compressed, so that it will mould and seat itself into the stuffing box. The gland nut should then be lossened and retightened to an appropriate setting.

Dieformed rings with exact dimensions should be handled with care in order to retain the advantages that these rings offer. If the rings have to be opened to fit onto the shaft then the ring ends should only be opened axially so far that the ring will fit over the shaft. Bending the ring radially deforms the ring and makes installation more difficult.

The correct compression of packing set is dependent of the type of packing and application. If a torque wrench or a similar tool is available the necessary gland pressure can be adjusted precisely.

Pump packings should be compressed with a gland pressure of 1.05 to 2 times the media pressure. A minimum compression of 0.5 to 1.5 MPa is necessary.

Valve packings should be compressed with a gland pressure of 2 to 5 times the media pressure. A minimum compression of 5 MPa is necessary.

Pump packings are particularly susceptible to damage through high temperature during the run-in period. If the packing is running dry it will get too hot and the pump must be stopped. After a short cooling down period a regular leakage drip should appear and the pump can be restarted. It may be necessary to repeat this procedure several times until regular leakage appears.

The recommended surface roughness for the stem or spindle should be Rz < 1.6 μm. For increased sealing effect and longer service life the surface roughness can be reduced to Rz < 0.6 μm. The permissible eccentricity on centrifugal pumps should be less than 0.001 of the shaft diameter. In the interest of reduced leakage the eccentricity must not exceed 0.01 of the packing width. The permissible extrusion gaps between shaft and gland or housing are 0.02 of the packing section. If the gaps are larger or the packing in question is inclined to extrude, suitable anti-extrusion rings should be fitted.